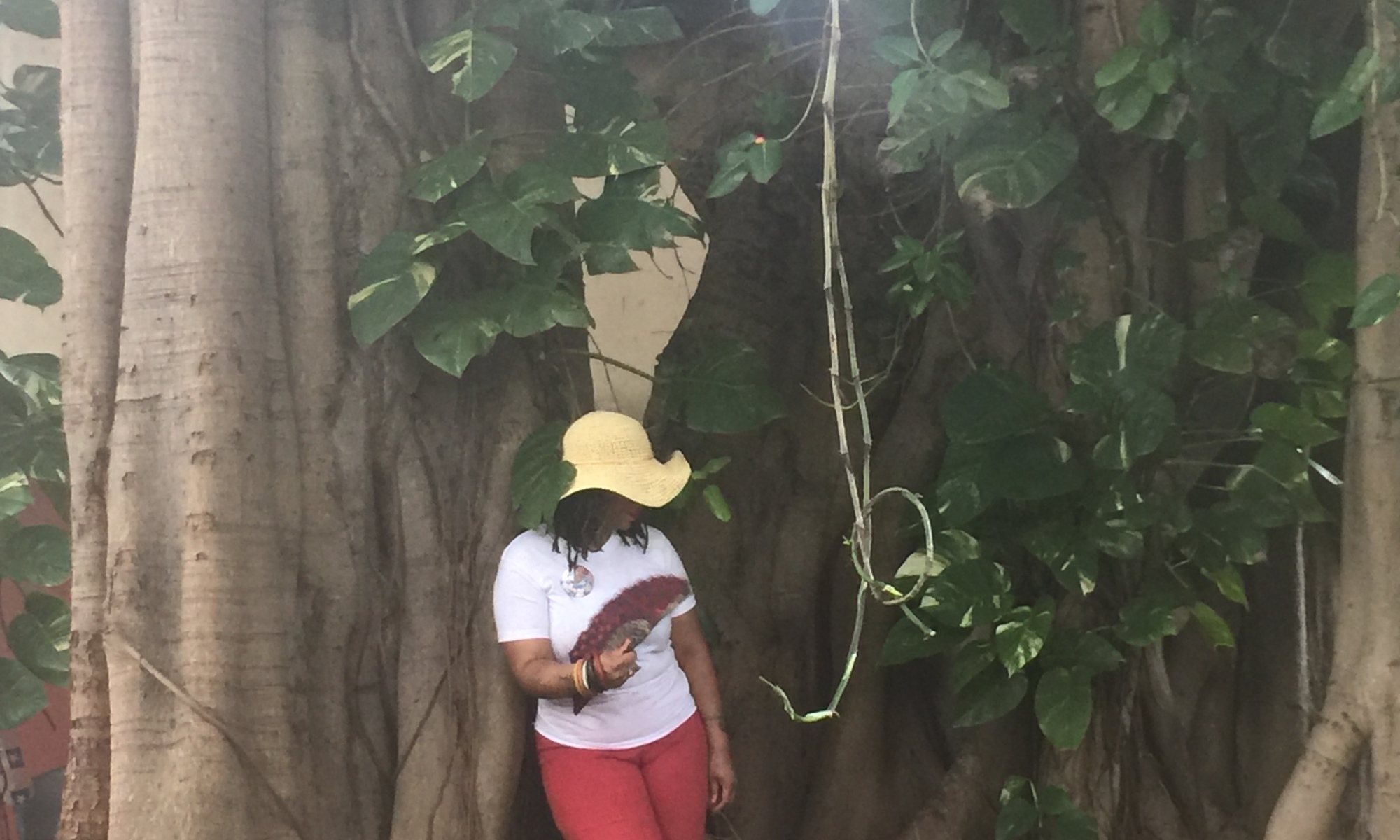 Writer’s explanation of the picture: Above is my favorite picture. While we were at CIJAM waiting for our buses, Jonathan and I went out back and I was drawn to this village of trees. I fell in love with them. I didn’t know what they were called but I found out while watching Geoffrey Baers wee in Havana. It is a Ceiba Tree. When my ancestors were brought from Africa to Cuba they held these tress in a high a sacred regard because they reminded them of the BoaBoad trees.

My journey to Cuba was a spiritually uplifting one that I will never forget. Far too many wonderful things transpired and I can only capture these moments for you. And know that all though there were very high points, there were some low points as well.

Cuba was beautiful to me. It was very reminiscent of the summers I spent between Mississippi and Louisiana as a girl. The preservation of culture, the hospitality, the music, dancing and the strong sense of pride and resilience.

The highest point was the day I was asked to speak at the International Meeting on Solidarity with Cuba. Following the conference we had lunch and I a post card by Gerardo Hernandez of the Cuban 5 and it read “we continue United in the battle for a better world of equality, justice and peace.

The low point was the tension that arose during the planning for International Night around the singing of the Black National Anthem. Although it ended up being a success with the majority of the group for the U.S. singing We Shall Over Come, and that night we did. It showed me that no matter what our collective intentions are, we still have racial biases, whether conscious or unconscious and the inability to effectively communicate on issues involving race. There were some tensions or differences among other countries as well notably Brazil and Europe.

I hope to go back to Cuba more knowledgeable about it’s political climate and its revolutionary brilliance. I am taking a Spanish class at the YWCA and I have given some serious thought to International night. BBQ and Revolutionary music.

I met so many awesome people from cities throughout the U.S. as well as other countries.  I even met someone at the conference that put me in contact with a retired professor here in the states at the University of Illinois and he has written several books on Cuba and I am reading them and pulling in his knowledge.

Cuba Through The Eyes of A Ghetto Pearl. Viva la 🇨🇺❣️